Communication influencers within the company 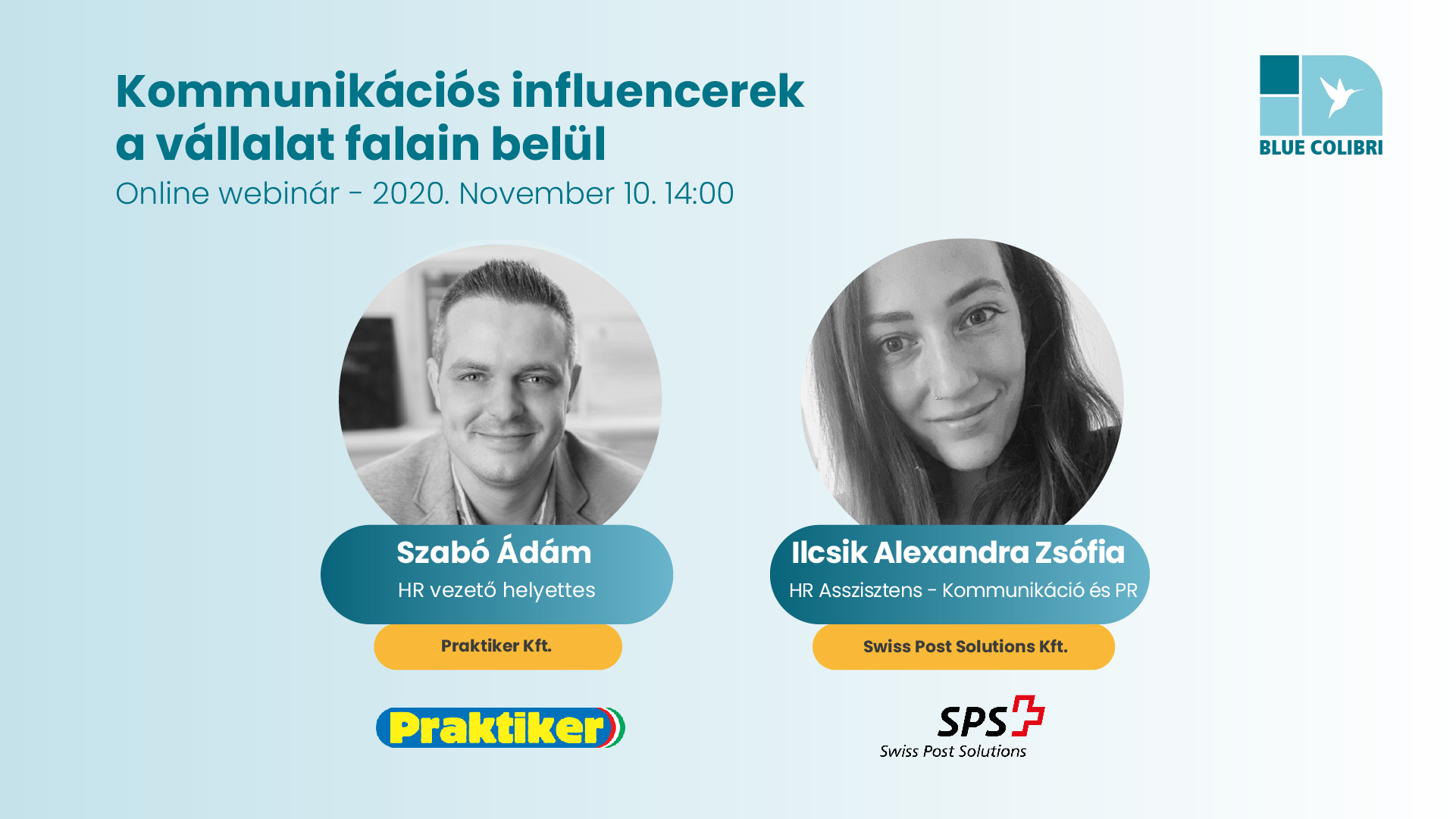 Nowadays it’s commonplace to read reviews and feedback before purchasing something. Our opinions are greatly influenced by what others say about a given product or service — according to a Forbes survey, 92% of people trust a review from an acquaintance. This in turn gave rise to a phenomenon that has entered internal company communication by way of social media: the influencer.

An effective influencer is someone who’s credible in the eyes of their followers, whose opinions are respected. Brand ambassadors don’t just use a product or service, they introduce them in a credible and informative way, exerting a lot of influence on many people’s choices and decisions.

Influencers and ambassadors get a lot of attention within company communities as well, and have popped up in HR development processes as well. They have a significant role in internal communication, in the introduction of information and new products, and play a critical role in helping teammates through adapting to structural changes. We dissected this topic with our guests Swiss Post Solutions HR assistant Alexandra Ilcsik and Adam Szabo, Praktiker’s HR deputy manager.

The first perspective in developing a company ambassador team is always the goal: what do we want to achieve on a company level with our influencer program? Ambassadors can have a serious role in areas outside of the company as well: as actors in an introduction or recruitment video, or in job fairs, as experts in an online community, by posting articles, representing the company in CSR endeavors, and more. Within internal company communication, influencer teams can help organize the system or programs, and even actively support content creation. In an earlier webinar, we had already discussed small communities within companies, how they work, and what framework and tools management and HR can provide to support their growth.

Adam Szabo, Praktiker’s deputy manager, explained that their influencer team - known internally as TEAMfluencer - was first and foremost a way to popularize their Prakteam Blue Colibri system amongst employees. As Praktiker has 20 different locations across the country with 1700 employees, it’s a critical success for them to get the information that they need to every employee at any location.

“Our TEAMfluencer program also strives to discover talents that could contribute to building our internal communication.”

Key characters: the influencer — How to recruit a team?

After setting goals, recruitment and selection are next. Look for volunteers that are credible, take the task seriously, and put energy into their new roles. It’s important that company communication influencers are often not leaders, but rather role models, old hands that colleagues listen to, the trendsetters that emerge from their peer community.

The challenge was heightened by the fact that we started the project during quarantine, says Zsofi, we recruited mostly online, with email threads and posters. At that point we didn’t yet have an internal communication app, so I announced a coffee talk where we introduced the idea. This brought a breakthrough, from that point forward the motivation letters started coming in big numbers.

Adam’s team also announced the program with email threads and posters, and all of their storefronts have an HR colleague that they involved in the recruitment and popularization.

“We had a headstart in that the app was already running before we built our ambassador team. We could see on the app that a good number of people checked out the announcement,” said Adam.

Learning and group dynamics - How ideas are born?

Once we’ve got a team, we have to prepare them for the challenge ahead: with training and workshops we can communicate new ideas and also strengthen teamwork and commitment. Individual and group goals defined and broken down into different time intervals (monthly or weekly), also help highlight the exact tasks.

At SPS, Zsofi defined these collaboratively through a workshop, to understand what’s expected of the team leader, what the leader expects from the team, and what teammates expect from each other.

“This provided the direction. It greatly helped our colleagues that we brainstormed together throughout the whole process. They brought the ideas, and we collaboratively chose those that we really wanted to realize.”

We also launched with a workshop, added Adam, to include our colleagues a bit. The team could get to know the application, the backend, play around with the feature set, hear about new features in the coming future, and we told them what we’re looking for their assistance in, and how they should share their ideas. From this, we determined a direction.” Adam explained that he wanted to include the team in content creation, to create a community, individually, or in pairs, in a topic of interest to them - where moderating it would be there task.

“For the time being, we were planning in 1-2 monthly workshops, but this will evolve, as we find out what the demand is on our teammate’s side. We didn’t set expectations, but in the workshop we showed the teams data on how often the app is visited, how its popularity is growing, etc. to motivate them, and provide good feedback to help them and recognize their work.”

For a successful influencer program, shared goals and tasks need to be supported by all of the tools at our disposal, as well as by rewarding team and individual work with continuous feedback and recognition. This isn’t difficult after a truly successful and collaborative project.

It was heartwarming when we organized a donation campaign at the beginning of the school year. Every task that we did together with the influencer team worked really well, said Zsofi. In addition to the acknowledgment, SPS is also considering year end bonuses, but Zsofi highlighted that they secure customized benefits for teammates as well. “We always give them free reign over their influencer work: we’re currently organizing a photoshoot, as we would like to use photos in our internal and external communication that feature our own colleagues. We try to give them an experience, involve them in decisions and project preparation, and make them ‘insiders’ at the company, as well as creating customized t-shirts for the team members.”

At Praktiker they created a video about the ambassador team, which they want to share internally and later on externally, in addition to getting customized t-shirts. “We want to recognize them from amongst the teammates, and give them national recognition within Praktiker’s framework, include them in ideating, and encouraging them to create their own content. We’d like to broaden the rewards system as well, as the program develops.”

Adam says the greatest happiness comes from seeing the combined creativity and enthusiasm.

“Different videos arrived from various locations in the country that vloggers themselves would be jealous of. Communities started forming within the app, the selfies and greetings are rolling in. I would have never thought of the kinds of communities that they created, for example ‘retro club.’ Even after years at the company I’m astounded by the creativity, and minable opportunities, enthusiasm of our teammates, and how they keep providing new inspiration.”